The WINTER THAT WILL NOT DIE is passing at last! Time to do more work on the house! 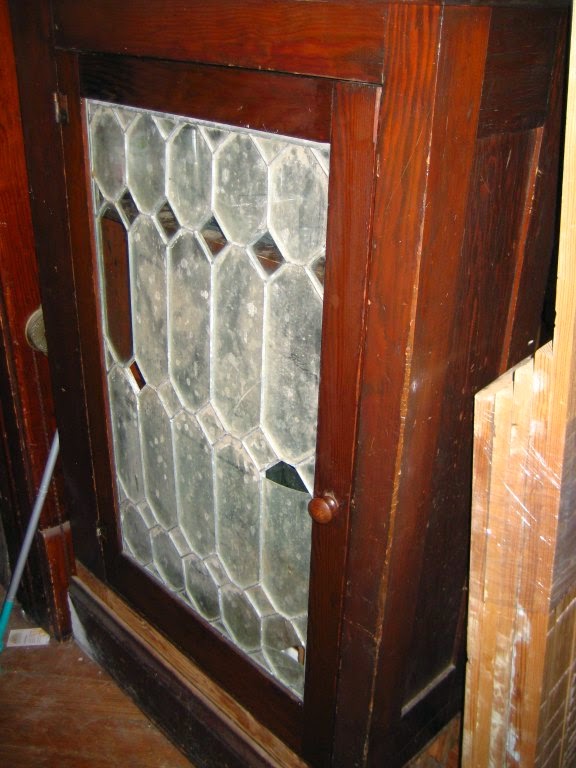 There were colonnades between the two front rooms sometime in the past, but they have been gone as long as anyone alive could recall, because the floor settled and the doors wouldn't stay closed.I had a set lined up about the time I bought the place but some SOB did me out of them, so the search has been on ever since. Through an interesting set of circumstances I wound up with colonnades for the front rooms. Although dirty, the price was right and the finish is reasonably decent, and is a close enough match to what's in the front rooms they will look pretty sharp.

The columns are AWOL; they have been for a while, too-the stain on top is as dark as the sides, with only the barest footprint to be seen in bright light. 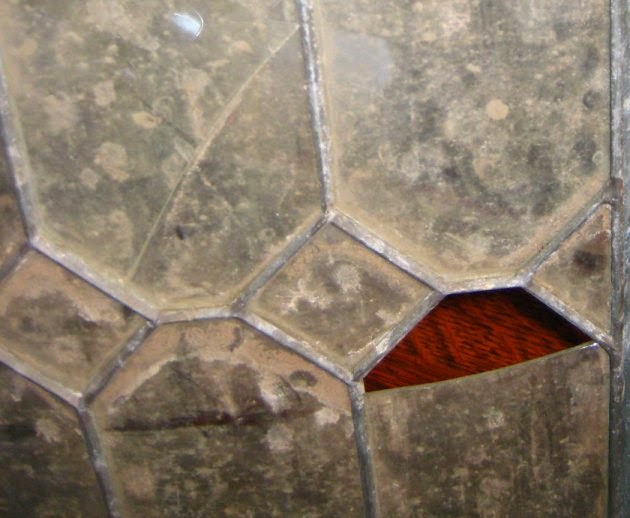 There are some broken pieces in the doors, which are “leaded” with zinc instead of lead came. Zinc has the advantage of being lighter and stiffer than lead, so the doors won't need re-enforcing straps across them like lead might at that size.The glass is pretty wavy and has lots of character, and has a sort of interesting variation on the usual diamond and vertical bar theme. When the time comes I will probably have the Glass Shop in Emmetsburg repair them-Lee is a very good stained glass artist.

There was a broken hinge on one of the doors, which will be addressed in today's post. The hinges are half-surface mounted little butt hinges with a two tone copper Geneva finish. The bottom one on one side was missing half that went on the jamb. If they were hinges I could lay hold of easily, or full morticed so replacements wouldn't be so glaring I would have replaced them all, but plan B was to find a hinge to take apart and supply the missing half.
Thanks to N D Millwork in Paullina, the missing hinge and lots of the pieces of trim-work cease to be problematic.

The hinge in question has only three knuckles, which is easier far to match than a five knuckle one, and the half missing has the long centre knuckle, so I took the donor hinge and filed enough material from the pin to allow it to be driven out. The centre knuckle of the donor hinge is slightly shorter than that of the original, so I will file down a bronze clock bushing to take up the slack. I am going to hold off fixing the glass doors until they are fixed in where I want them. Hopefully the next project is getting the damned kitchen level so I can start in there! 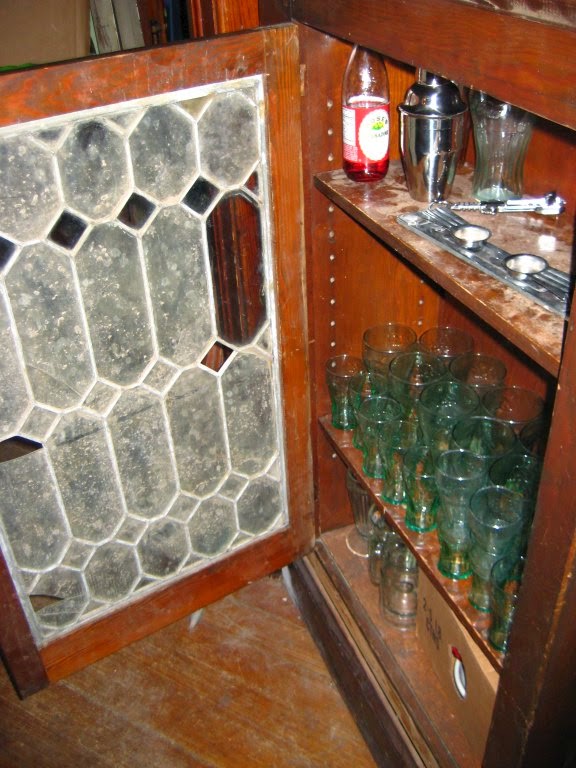 There it is, in all of its half-fixed glory!

Posted by Neighmond at 9:32 AM