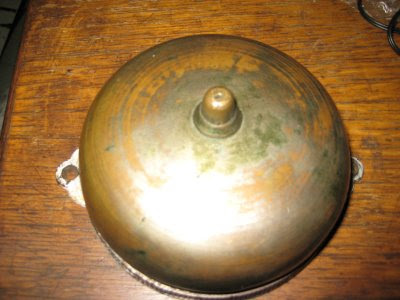 Ever see the old-style door bells that made one loud *pong!* and then you had to push the button or pull the cord again? Well, I got one for the Dog House. It has a respectable-sounding ring, and looks like it's been round the horn. It has a pretty simple mechanism inside, and after cleaning and greasing, works like a charm. I need to build or find the outside part to it, but there doesn't look like there'd be much to it. 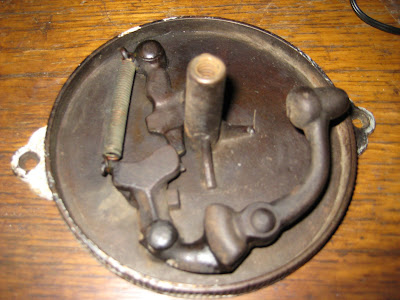 The insides remind me of door latches from that time period, in that it is simple and beefily made, one of the reasons it is still able to operate after all this time. It has a patent date of 2 July, 1872, as well as one from 18 April, 1873, so perhaps it's a little older than what would have come n a house the vintage of mine. Then again-it's out past the Styx, so maybe he could've had one laying around somewhere to use up. 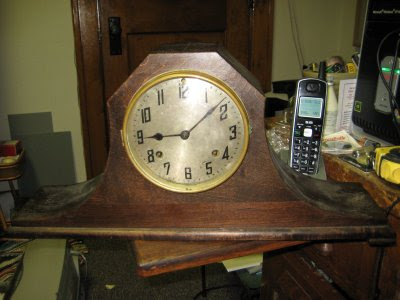 I also dug out the old clock from my house when I was a kid. It is a New Haven Tambour #56, and used to run to the tick. It's had some hard luck since then, so it'll have to get overhauled. It was overhauled in 1991 the first time, and ran until one of the mainsprings broke. It sort of makes me feel old, when I think that I first overhauled this clock at age 14, and now the bushings I installed then are worn out. 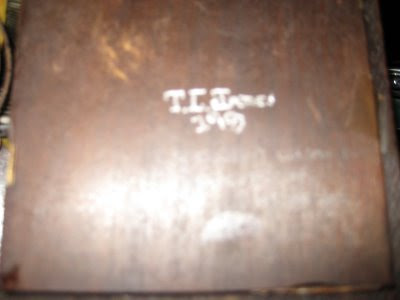 You can't see it, but there are four repair numbers of mine in the back, and one of Ron Sires, from whom I bought it for $15.

Next on the agenda is hooking up one of the furnaces and getting the bedroom floor taken up so I can replace the subfloor. That and the heat are the only real things keeping me from living there right now.
Posted by Neighmond at 7:52 PM No comments: