Clocks and Desks and Cats in hats!

Long time no post! Lots of things are going on, but most of it has been pretty boring. The north half of the roof is scheduled to be installed. The junk outside has been cleaned up, and a few other little things. 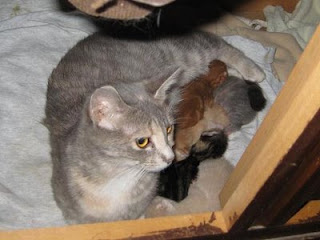 There may be a decrease in the mouse population-Kent & Tina's Mama cat hatched a litter of five babbies. This picture is when they were about ten hours old. If they don't find another home for it, I told them I'd take the Bengal striped one or the white one. I figure I can spend a few bucks getting it fixed and licensed, and it'll keep the mouse and rabbit numbers down a little around this place. 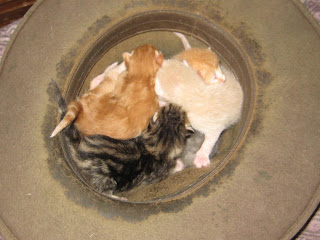 My Grannie moved to an assisted living, and it was time to clean up the house. My dad and I went down to help, and I got a few little things to remember the place by. I really didn't want much, and I got everything I wanted. The big thing I wanted was an old drop-front desk that was in the garage since I was a 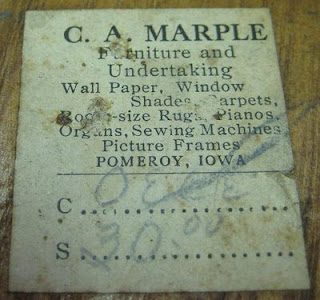 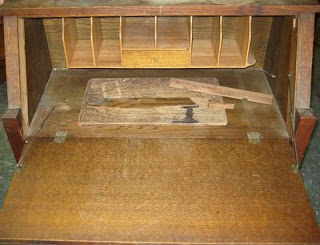 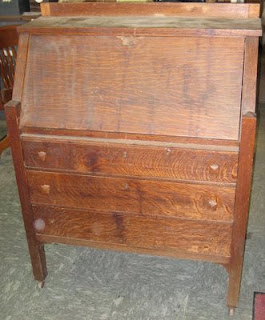 It was my great-grandmother's, and it came from the old farm. It is sort of rough,

but nothing that can't be fixed. My dad and I dropped it off at a place in Spencer that has done work for me in the past, and he can fix the big issues for a very reasonable rate. I need a couple of knobs, and some trim pieces and veneer work on the top. 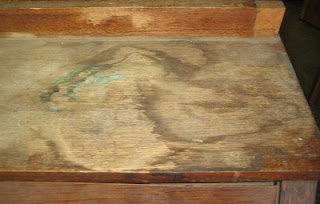 Most of the finish is not too far gone-a little Kotton Klenser and some wax and it'll look like a million. I also got a set of kitchen cupboard doors that match mine, a bunch of washers and screws, a pretty nice metal mailbox (which I happen to need) and the old sign with our name that came off the front porch.

A year ago, a clockmaker friend of mine left me an old master clock that came from the old High School in Estherville. It was missing a lot of parts (sort of a life-long project) but had good bones and a hell of a nice oak case. When I mentioned it to a friend in Emmetsburg (whom I was visiting on account of his 101st birthday he got really interested. He told me to hold on and got his car out, and we went to his "other house" where he keeps all of his goodies. He had a piece of slate with almost all of the missing program mechanism. It still needs wired and a pile of contacts, but the hard work is done. It's going in the dining room, so it can correct the clocks in the other rooms and ring bells in the bedrooms and the back yard. 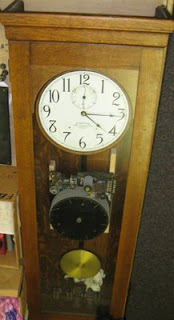 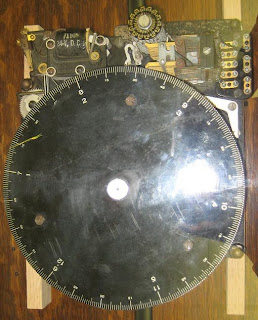 Posted by Neighmond at 8:59 AM No comments: