Well, we made it back from my brothers' house. It was pretty nice-we lay around all day and not much was expected of us. The day after Christmas was some pretty thick fog, but warm so I went schlogging around in it. 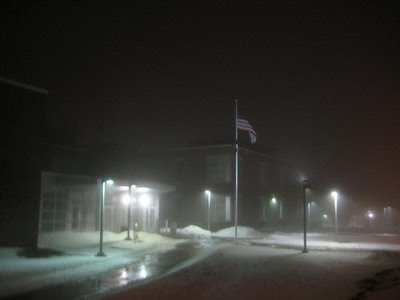 Here is the high school I went to. 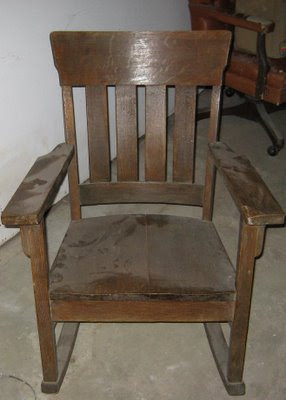 On the Dog House front, I got my Kindergarten rocker from my brothers. I bought it on an auction in Quincy, and the lady was a kindergarten teacher. I had a couple people tell me afterward that they remembered when it was in her classroom, but it looked nicer then! 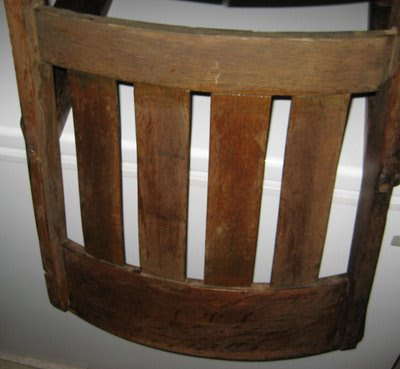 As you can see, it's pretty ratty. I took it apart to fit it in my mother's car, which was a blessing anyways because since I've owned it it's been one plump hind end away from a messy insurance claim. At first I thought that the rough and spotty surface was just a piss-poor refinish job, but while disassembling the thing the smell of smoke hit me like a pickled herring. Some dim yestertime It's also been in a fire....yippee. Well I can't squeal too loudly-I paid thirty bucks for it, and used it two years in Quincy, and it's been drug across the state since then. 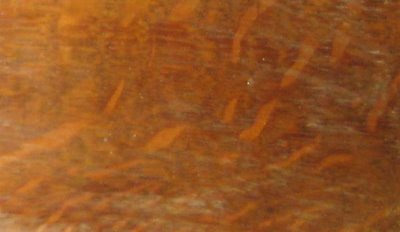 This is what the wood looks like under the varnish. It'll look like a million with the joints re glued and some new finish on!
Posted by Neighmond at 2:13 AM 1 comment: